The first Spark Tennis principle is “Learn“.  Why is learning so important?  Continual learning is key to growth in tennis and every other area of one’s life actually.  Let’s face it– there are a lot of skills just waiting to be acquired by those who are drawn to them.  If you are interested in growth as a tennis player or as a human in general, rekindle your joy of learning and have fun becoming better each day!!

When I was growing up in a small town in Texas with no country club memberships or access to tennis centers, my best introduction into tennis was watching the USA tennis greats Pete Sampras and Andre Agassi on my non-HD TV.  To be quite honest, I had no idea what what going on (I played football and baseball), but listening to the commentators and watching for clues of what the heck they were talking about, I started to pick it up.  Back then, even non-tennis fans in the U.S. knew the names “Pete Sampras” and “Andre Agassi”.  Today, however, beginning players have an upper hand.  There is soooo much information at your fingertips or in your pocket that can teach you (even in slow-motion) how to hit every stroke in the book (and some that are not in the book at all, ala Monfils and other tricksters).

This is a huge advantage to today’s beginners, and I sure hope you guys are taking consulting the massive amounts of digital video on the web or on your DVR.  Want to hit a “Federer Forehand”? Simply type “Federer Forehand” into YouTube and you’ll find all sorts of results including super slow-motion analysis of every part of the preparation, swing, and follow through.  Wow.  I heart technology.  So, pick your favorite professional player and become a student of their mechanics and playing style for ideas of how you can construct your own game!  This is practically free and something you can do right now.

Hopefully you are good at making friends, and if so, you should have a huge advantage if you can get one of them who has better tennis skills than you to teach you a tip or two.  Personally speaking, if it was not for the solid group of 4 guys in my small town playing together for countless hours over the span of several years, there is no way we would have progressed into skilled players.  Not having access to private coaches at the time, all we really had was each other and perhaps live tennis on TV for finals of the Major tennis tournaments (DVR didn’t exist, and YouTube was many years away too).  If you have friends who are great hitting partners and students of the game, you guys will do very well and have lots of fun too! 🙂

So, if you have a friend on your team who is better than you at a particular skill (or entire game), why not ask for a tip?  If they are truly a friend, they should be happy to help you.  Also, if you happen to be the best player on your team, please help the ones less skilled than you 🙂 ! This is good for the team and overall a good-karma thing to do.

So, if you really want to accelerate your growth in tennis, I highly recommend taking at least one private lesson with an instructor you like and trust.  Yes, I know private lessons can be sort of expensive, but if you learn 3-5 tips for a single lesson AND practice them on your own time, you will be much farther ahead (in theory) than if you continued to practice the same (bad) habits over and over until you yourself realize there must be a better way.  If I had this available to me growing up, I would have had private lessons.  Instead, I sort of lucked out having a knowledgeable high school tennis coach who was more than happy to work with a good student, but even then our practice time was limited by UIL rules and such.

Part of Spark Tennis’s main goals is to link up tennis students with like-minded, knowledgeable tennis pros/teachers to help each student accelerate their growth in tennis.  If you are interested in taking a private lesson, we can help you directly or introduce you to other resources who would be a good fit. 🙂

Training on AND off the Tennis Court

It’s no secret that professional athletes as well as high-performing amateur players put in lots of work off the court.  It’s this extra training which makes a big difference on-court.  Learn to strengthen your legs, core, arms and heart to expand your game to new levels! 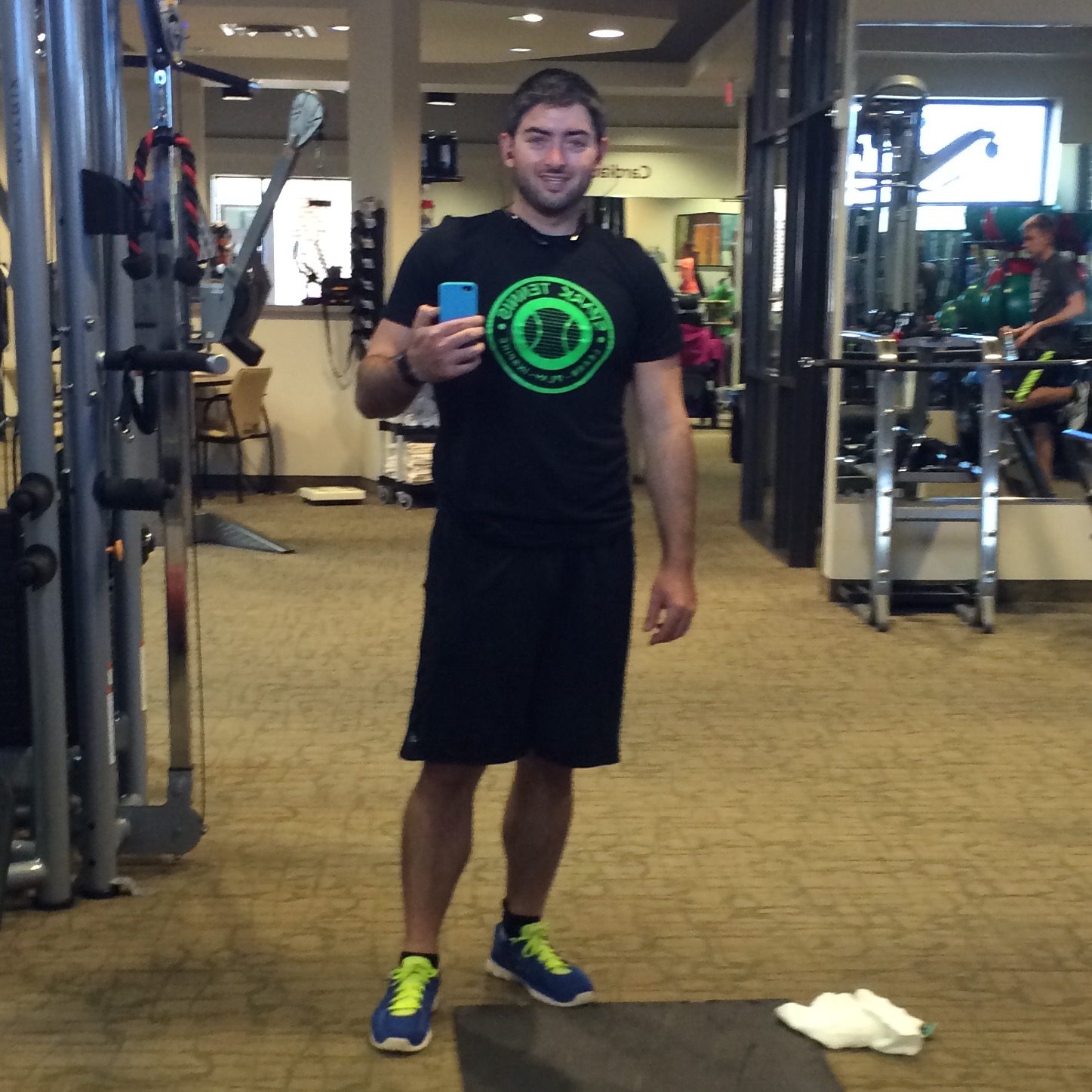